The Devil likes to redefine and repurpose words so that we reject them and lose their intended purpose in the process. He has attempted to hijack the word “nationalism.” The word has become politically and racially charged because it is being used incorrectly.

We first saw this with Hitler when he tried to make the world German. But what Hitler was doing was not nationalism, but imperialism. To quote Author, Speaker, and Reformer, Vishal Mangalwadi, “German Fascist imperialism was able to hijack words such as nationalism in the 20th Century, because the Nineteenth Century German theology undermined God’s word. That separated words such as ‘nation’ from their base in the Bible.”

Nationalism is biblical. It does not include imperialism nor racism. It is not the rise of one nation and the assimilation of other nations, but the distinction of one nation from another as a sovereign identity. It protects all nations. It says you have land, people, and resources that belong to your nation and do not belong to mine. I don’t get to take what is not mine. And I have a right to protect my own nation and its people, land, and resources. Borders protect that sacredness of nations. When we do not understand why we should protect our borders we will not have the worldview necessary to respect the borders of other nations.

When we use nationalism as a label for people who embrace and practice racism, we are using the term incorrectly and allowing the devil to own the term. I read a tweet today that referred to “white nationalism.” Biblical nationalism has no color – it is a theology that works for all nations and one that includes all citizens of a nation. If one wants to talk about racism, use the word racism, not nationalism.

In fact, Vishal Mangalwadi explains that, “In the 20th Century, American evangelica

l theology messed up the word ‘nation’ from grounding it in etymology (ethne) rather than in biblical theology. That confusion has made it possible for even good Christians to invent and/or use silly labels such as “First Nations” (Native American), “The Nation of Islam”, “White Nationalism.” America may be a “nation under God” but American English is becoming a language under the Devil — cut off from its roots in the Bible via Wycliff and Tyndale.”

Nations are God’s idea. Let’s not give the devil credit for their invention so that we can adopt modern globalism. Great nations provide the infrastructure that weeds out racism. Nations unite people groups into shared national identity – out of many – one. The many are not lost in the one but are enabled to flourish as one. But only one worldview provides the necessary ingredients to create a free nation. It does so through placing into national law the freedom of religion as it is also the only worldview that subsumes freedom of religion. Hence, a Christian nation is a pluralistic nation. If we lose ‘the Christian’ nation we also lose the pluralism. When we say ‘Christian Nation’ we do not mean it as Muslims mean Islamic Nation. We are not forcing a worldview upon the nation, we are acknowledging the source of the worldview that our nation operates through. Even those Westerners who want nothing to do with Christianity, are more Christian than they think.

There are a lot of Christian authors, bloggers, and preachers starting to present anti-nation theology. Their heart for the hurting, broken, and rejected is exemplary, but their theology is full of problems. We need good theology if we are going to truly remedy the issues of our day. I hear people say that the only theology we need is love. That sounds good, but it is deeply flawed. Love without truth is not love. Good theology is biblical theology. Let’s work on our theology while we work on our love.

Love too will be an empty or misappropriated word if we do not restore our words to their biblical infused meaning. Vishal adeptly argues that “the deeper issue is the separation of English language from its source in the Bible.” He has released a book on this subject – This Book Changed Everything. Separating English language from the Bible, “makes it hard for American intellectuals to understands ‘traditional’ words such as self, soul, male, female, love, marriage, family, father, rights, justice, etc. Traditionally, the Bible gave meaning to these words. Without the Bible English language, worldview, and culture is up for grabs. There is a war going on for the soul of the English-speaking world. Language and literature constitute the soul of a nation.”

Anytime we move away from truth we move toward lies. Those lies infect even the words we use to talk about the important subjects of our day. We cannot get clarity on a way forward when the words we use mar the conversation with deceptive definitions. ‘Nationalism’ and ‘Nation’ are words we must redeem for the purposes of God and not give in to the purposes of the devil. I saw a prominent Christian post the other day on social media that he was not participating in nationalism, but patriotism when he displayed the flag on an American holiday. Even Christians are scared to use biblical language of nationhood and replace the word with patriotism. Patriotism follows nationhood. Seldom are people freely patriotic when subjected to imperialism. What we saw Nazi Germany and its occupied territories was not patriotism, but forced adherence to Statism.  We cannot mobilize to reform a nation to truth when we give away the word “nationalism” to be used to define the Devil’s ideology. 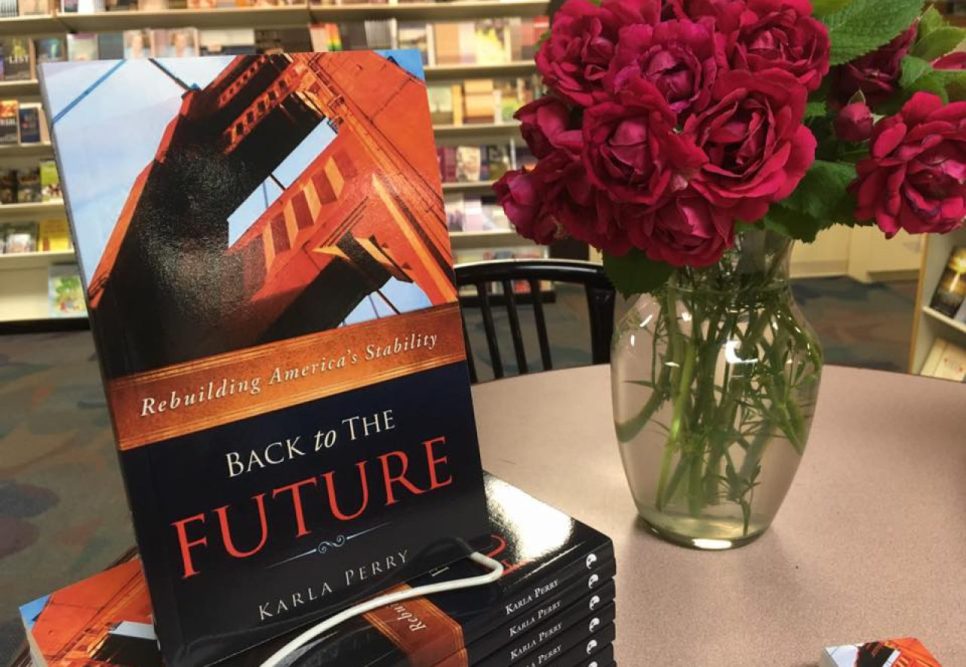 Back to the Future is available for purchase at MorningStar Ministries or Amazon.com.

It is also available as an eBook for Kindle, Nook, or Apple.

You can find me on Goodreads.

Watch Now: Prophetic Perspectives: Back to the Future: Book Interview

If you have read my book, please take a few minutes to leave me a review at Amazon.com!

One thought on “Restoring The Word ‘Nationalism’”