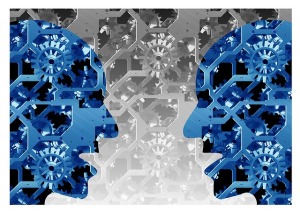 Americans have the corner market on democracy. Democratic equality has permeated every fiber of our culture. We have taken a governmental structure and made it the core of culture. We individualized it, marketed it, and sold it. Consequently, we created a cultural monster that wants its needs met. The government was instituted among men to protect our equal right to life, liberty, and the pursuit of happiness. But what happens when we redefine the terms of what government is to protect? What happens when we misapply equality?

If equality means that I have an equal right to a certain level of income, a responsibility is placed upon government to protect my right to receive that amount. The free market economy gets plundered by a government trying to fulfill its presumed roll to even the playing field. The people become the children waiting for their parental government to ensure they are well fed. Conservative author Russell Kirk puts it succinctly, “Equal justice is indeed a natural right; but equal dividend is no right at all.”[1] Conservatives balk at the usurpation of our rights, while liberals rejoice in the fulfillment of them. When we define the basic premise incorrectly the error becomes legitimized

This has happened with the change in marriage laws. The raging debate has centered on the definition of marriage, but it has succeeded upon linking equality of a chosen lifestyle to the equality of race. While conservatives are occupied making moral arguments about the purpose and sacredness of marriage, liberals are making their own moral argument for the equal rights of a newly defined minority group. There are at least two conversations happening at any given time. Although it may be more accurate to say that there is no conversation occurring, because a conversation requires a speaker and a listener, rather than two speakers. Imagine a debate where the proponents speak at the same time neither hearing nor respecting the other. Maybe we would have had found more amiable solutions if we were having the same debate.

The pro-life debate is no different. Conservatives champion the life of the child, and liberals plea the case for the life of the mother. The former are concerned about each life being created equal in dignity and right to life, while the latter are interpreting the equal right the mother has to live free from the imposition of a child. One defines the life inside the mother as a child, the other as a fetus. One defines it as a separate life, and the other as tissue of the mother’s body. The meaning of “equal” defines each argument and prevents the debaters from addressing the same subject. A perpetual tug of war ensues with each group hoping to land the other in the mud.

In each case, both groups want government to support their position. Regardless of the true definition of “equality”, inscribed by Thomas Jefferson into the Declaration of Independence, the group that succeeds in defining it will provide the language of the winning argument. When we fail to understand that a mutually utilized word bears a pertinently different meaning, our arguments will be soliloquies to the choir.

One cannot have a meaningful conversation with someone who is not speaking the same language without either learning the language, or finding a good interpreter. If we want to be understood, we need to work to understand. If we want to be heard, we need to listen. If we want the other person to hear us, we have to learn their language rather than insisting that they learn ours. If the premise is too erroneous to build a conversation upon, we can rewind the conversation to where we part ways to find a mutually agreed starting point. When we care more about our argument than the people we are addressing we will lose both the argument and the people. It will not matter how sound our arguments are if there is no one around to listen.

What we cannot do is keep talking past each other. We cannot polarize the debate, and dehumanize the other side. Each time an erroneous meaning becomes legitimized by the legal system it gains power that becomes more difficult to overcome. It leads to a snow ball effect of one meaning defining the next matter, and the other group becomes more delegitimized. This is where we now sit waiting for the Justices of the Supreme Court to define or redefine discrimination in the latest development of the American marriage saga.

If the objective is to dominate the debate and become the defining power, we could win in the moment, but lose in the future when the rolls are reversed. Instead, let us raise the standard to be a humble people who work to engage political opponents in honorable debates. If we treat people the way we want to be treated, then we can set the parameters where everyone is treated equally. All ideas are not created equal, but all people are.

Check out my new eBook: Back to the Future: Rebuilding America’s Stability available at Amazon, Barnes & Nobel and iBooks.